From the Congressional Hearing last year to this week’s news that DC filed an antitrust lawsuit against Amazon. Are more states likely to follow? It seems like Amazon is dealing with a lot more scrutiny from government agencies, but how is that likely to affect Sellers?

Chris: [00:00:07] Hi everybody. This is Chris McCabe. Welcome to another episode of Seller Performance Solutions. I’m a former Amazonian and we’ve got a lot of exciting stuff to talk about today. I’m going to talk about it with Leah McHugh, who’s an ecommerceChris consultant. Leah, how are you doing?

Chris: [00:00:28] Pretty good. And I know you and I are excited or interested to talk about this antitrust debate.  We’ve posted about this already in terms of the District of Columbia filing for an antitrust based lawsuit against Amazon. Or we posted about it. We weren’t seeing a ton of sellers with passionate, strong opinions, but the question becomes, are there other states that are going to jump into this and will that change the conversation? If it gathers some momentum and other states are doing their own antitrust investigations. Do you think sellers will become more interested in this? Will the story linger a little bit longer?

Leah: [00:01:06] I don’t think it’s a lack of interest so much as most sellers aren’t really surprised by these allegations. I think if you have any sort of interaction with Amazon as a seller, these charges just aren’t that surprising. So it’s not groundbreaking news. I mean, it’s great that it’s actually happening after the congressional hearing last year, it was sort of up in the air as to what was going to happen. But I think the reason we haven’t really seen a huge reaction is because it’s just not that surprising.

Chris: [00:01:36] Right. And there’s, I mean, I’ve heard from a variety of people about this. There’s different info out there about are the states working together on this? There’s been some media stories that they are. I think California, Washington and New York were mentioned in one story. There’s been some other states that have been mentioned. Are they going to work in concert? And of course that’s more complex. It takes longer. Maybe they follow up on the heels of this announcement with their own. Or are they going to do it individually? Which means the story will keep kind of coming up and annoying Amazon until there’s more clarity in terms of what’s going to be investigated. Just a quick kind of news flash. So far, we’ve heard about, they’re interested in how the buy box is computed, right?  Lots of sellers coming to us every week saying, Hey, we lost the buy box for no discernible reason. We’re not sure why.  And then of course pricing. Right. Pricing is a big part of this.

Leah: [00:02:23] Well, for me, I think that’s the most interesting part because again, none of the pricing stuff mentioned in the suit is particularly surprising to anybody working on the seller side. But I think to consumers, a lot of that information would be news to them. Amazon has always positioned themselves as being competitive on price. I mean, certainly initially, and now, you know, they try to be competitive on a lot more fronts, but they still try to position themselves as the most cost-effective place to shop. So I think it’s an interesting tactic, actually, that DC is focusing on price for the suit, especially because it’s a jury hearing. And, you know, for a lot of people, this is going to be surprising if you’re not familiar with this side of Amazon.

Chris: [00:03:05] I mean, surprises are kind of baked into this whole story. This whole process. I mean, people were surprised that it was the District of Columbia that filed first.  And I wasn’t aware of that. I had to look up the name of the attorney general. I wasn’t familiar with him.  Whereas other states, you know, if New York had filed first, we wouldn’t have been surprised or California, especially, we wouldn’t have been surprised. Nobody would. Washington state as well.  But you know, there’s a big difference between rumors and things actually being filed in lawsuits moving forward. There’s no way to tell right now,  it’s just conjecture whether or not this is the first of many or whether this will kind of, you know, see how this goes. And then other states observe that and then decide what to do. Maybe some of the investigations haven’t been completed, but it’s yet another brick in the wall of government paying attention to and devoting resources to investigations of Amazon. Right. We’ve heard a lot lately about the FTC rotating back and taking an interest in what Amazon’s doing in terms of marketplace, seller management.

Leah: [00:04:12] Oh, so last year, the EPA notified Amazon that they were selling unregistered pesticides on their platform and that they needed to stop doing that.  Which for most sellers listening, you’re probably familiar with getting a random product flagged as a pesticide.

Leah: [00:04:33] That’s why they’re so sensitive to this at the moment is that they’ve been given notice by the EPA that they need to stop doing that.

Chris: [00:04:49] They’re always going to be false positives when they roll this stuff out. But thinking that that’s beginning and end of the story is, oh, it’s a bot. Oh, it’s a glitch. No, there was an origin to this, which was the EPA.

Leah: [00:05:00] Yeah. I just think, you know, across the board and I mean, I think, you know, the EPA and the FDA, a lot of that was at least initially probably pushed forward by Covid. I mean, there are a lot more people making a lot more antibacterial claims suddenly last year than they maybe were before. And a lot more people looking for products, making those claims than they were before. So, you know, a lot of those things that make sense that it was pushed forward. But I also found in doing a lot of product compliance research the FDA in particular started citing people’s product detail pages on Amazon. When they were investigating certain products. So they had already started looking at information on Amazon in terms of their enforcement, whether they also reached out to Amazon in those cases, I don’t know, but they were specifically cited in letters to those brands when they were notified that they were.

Chris: [00:05:59] And historically, I mean, FTC, federal trade commission, they were involved in the federal antitrust investigation, which you mentioned the testimony in front of Congress that everyone remembers Jeff doing in July.  Here we are, you know, nearly a year later. The FTC has taken an interest in the Amazon space, historically going back to the reviews, abuse in 2018 and other realms and areas of the Amazon marketplace. And of course, nowadays sellers are more aware of ways of contacting the FTC about things like permanent funds holds. Or maybe, you know, in the future, they’ll be asking about, Hey, what’s with this buy box, this seems to be unfairly distributed.

Chris: [00:06:42] Right. Lost or stranded inventory. I mean, use your imagination. Even lending could come up. Right? I’ve had sellers complaining to me, you know, they’re holding all my funds, but then I got a message saying they wanted to give me a big loan. You know, conflicts of interests like that. Will the FTC take a stronger lead, but also will some of these other states that I think everyone knows at this point are well underway in these antitrust investigations. Like big states have big resources, California, New York, maybe Washington state, will they follow their lead. And as things start coming under the microscope, will sellers be more interested in following it? Because they see that certain things that have happened to them are being investigated by these governmental agencies and bodies. That’s what I think is the most interesting piece to this.

Leah: [00:07:26] Yeah. It was interesting to me that they’re focusing on price because there so much more that you could talk about.  I think one of my favorite lines from the actual filing and I’m definitely paraphrasing this because it’s not in front of me, but it was saying, you know, as Amazon tries to become a monopoly, if they have not already. And I think, you know, these are slow processes. So that’s this interesting thing of, they’re trying to stop someone from becoming a monopoly, but there’s a pretty good chance that they’re they’re already there or they’re already will be there by the time any of this enforcement actually comes to fruition. I am curious to see what they start doing in terms of their fair pricing policy, because we have still seen people getting their listings blocked for the fair pricing policy infringement. I am curious to see if they continue to do that. If they continue to block listings because they find a cheaper price somewhere else. Since that is pretty much the crux of this case.

Chris: [00:08:22] That’s a big focal point. This topic, if it’s of interest to you, we probably will at some point, do a podcast on monopoly or not is my work in progress title. But e-commerce monopoly definitely, you know, certainly in the United States, retail monopoly. That’s where Amazon says we have a small slice of things. So I think it’s an interesting topic. Don’t be annoyed if we survey you and ask you if you want us to do an episode on that, because we’re about to get much more interested in feedback on what topics you’d like us to cover. But if you’re interested in more, if you have any questions on this antitrust story, as it unfolds, obviously, this was announced on May 25th, very recent. We’re still tracking these developments. Certainly reach out to me or Leah with any questions via the ecommerceChris site or through Seller Performance Solutions. Any final thoughts on this Leah? Do you have any predictions for where this might go in the time between now and when Andy Jassy takes over as CEO?

Leah: [00:09:18] You know what, when I was looking at the news yesterday, only one article mentioned Jassy. Everybody else was like picture of Jeff and all about Amazon. Only one article I saw actually mentioned that this is what Jassy is going to be coming into when he replaces the CEO. I assume that Jeff will be very much involved.

Chris: [00:09:38] But maybe it’s deliberate. Maybe they’ve chose Jassy as CEO over someone else, knowing that this was coming.

Chris: [00:09:48] And then maybe Jeff’s already handed over most CEO duties because this is not far from July when this is, you know. So we’re tracking these developments. Any thoughts or questions we’d love to hear from you. Thanks again for listening to sell performance solutions. And Leah, you have a wonderful day. Thank you. 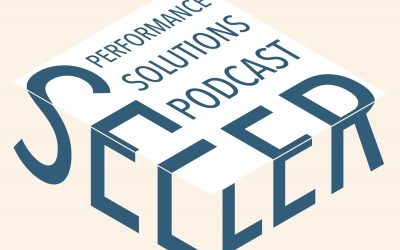 Category Listing Reports are one of the more useful tools available to sellers, and most don’t know what it is! We use these reports to vet cases, identify abuse, all the way through to strengthening plans of action. Sellers should be using these to protect their accounts. BONUS: they can simplify your listing management.

Dealing with an account suspension is difficult for most sellers. Even more difficult is getting suspended for the same reason twice. Amazon only gives you so many changes, and that second reinstatement is hard to achieve. How do you prove to Amazon that you’ve REALLY implemented a plan of action to prevent future issues when you already failed to follow through on your previous appeal?